Kashan is a city in the Isfahan province of Iran.

Kashan is the first of the large oases along the Qom-Kerman road which runs along the edge of the central deserts of Iran. Its charm is thus mainly due to the contrast between the parched immensities of the deserts and the greenery of the well-tended oasis. Archeological discoveries in the Sialk Hillocks which lie 2.5 miles (4 km) west of Kashan reveal that this region was one of the primary centers of civilization in pre-historic ages. Hence Kashan dates back to the Elamite period of Iran. The Sialk ziggurat still stands today in the suburbs of Kashan after 7000 years. After world known Iranian historical cities such as Isfahan and Shiraz, Kashan is a common destination for foreign tourists due to numerous historical places.

Agha Bozorg Mosque is a historical mosque in Kāshān, Iran. The mosque was built in the late 18th century by master-mimar Ustad Haj Sa'ban-ali, the mosque and theological school (madrasah) is located in the center of Kāshān. It was here where Ustad Ali Maryam as a pupil started his career as a brilliant architect. 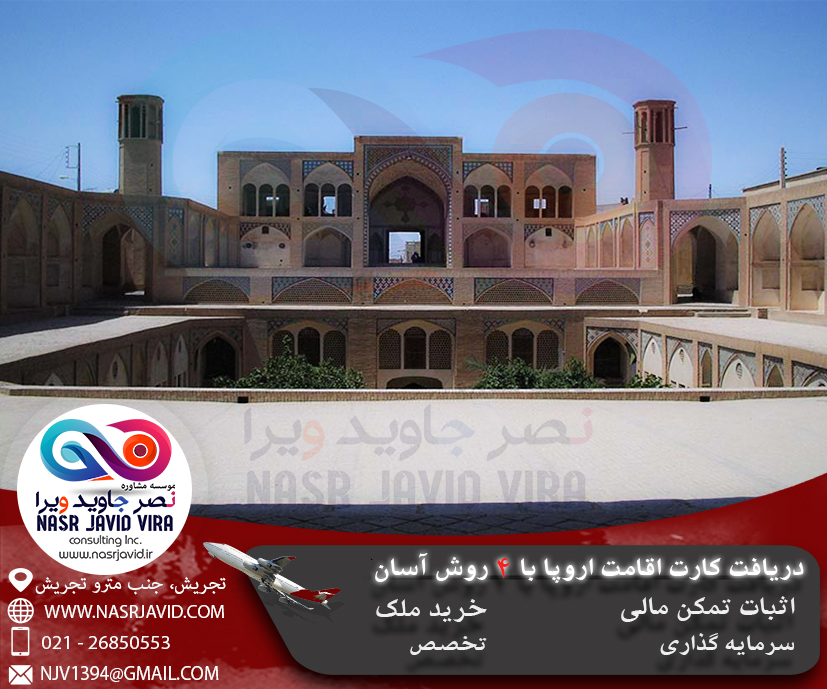 Boroujerdi ha Residence. The house of Boroujerdi, belonging to a trading family who migrated to Kashan, was built over a hundred years ago. The construction date can still be seen on the covered inscription of the building, completion of which took 18 years of work by tens of laborers, architects and master painters. Since exceptional attention has been paid to all minute architectural details demanded by the geographical and climatic conditions of the area, the house has attracted considerable attention of architects and recognition from Iranian and foreign scientific and technical teams. Tabatabaie Residence A large house with several courtyards, which once belonged to a wealthy merchant. Experience how well the wind towers work. It consists of delightful wall paintings with elegant stained glass windows and includes other classic signatures of Traditional Persian residential architecture such as biruni and andaruni.

Ameri House: Ameri-Ha (Amerian) House is a traditional house in Kashan built in the mid 19th century during the Qajar era, the house is one of several large spectacular old houses in the central district of Kashan. Like the other houses around it, it was re-built after Kashan was ravaged by a series of massive earthquakes in the 18th century. The house is now a public museum.

Abbasian House: is a large traditional historical house built during the late 18th century, the house is a beautiful example of Kashani residential architecture. It is said to have been the property of a famous cleric. It has six courtyards that would fit the needs of different families. One of the chambers has a ceiling designed with mirror pieces so as to give the impression of a starry sky under the nocturnal glitter of candlelight. The house is now a public museum. Tabatabaie Residence A large house with several courtyards, which once belonged to a wealthy merchant. Experience how well the wind towers work. Sultan Amir Bath The turkish bath is in disuse now, inspect it and afterwards the attendant will insist taking you to the roof, against a tip of course.

Fin Garden is one of the most beautiful historical gardens of the middle-east and the world.

It contains Kashan's Fin Bath, where Amir-Kabir a famous vizier of Qajarid was murdered by the King Nasereddin Shah. The garden covers 2.3 hectares with a main yard surrounded by ramparts with four circular towers. In keeping with many of the Persian gardens of this era, the Fin Garden employs a great many water features.

Puppets and Toys Museum of Iran presents a collection of different traditional puppets from all over Iran and the world. For kids there are workshops where they can build their own little finger puppets and toys in the yard of the old house. The museum also has a cafe and a little gift and traditional toys shop. In general the atmosphere is lovely. The museum is located close to the Khane-ie-Tabatabaii (House of Tabatabaii) and the Khaneha-ie-Tarikhi (Historic Houses). Kashan Bazaar the bazaar with fantastic its mudbrick architecture is one of the jewels of the city. Pay a small amount to one of the touts hanging around the bazaar and you will be led to the roof of the bazaar, where you can get an idea of the technical marvel of building such large structures from mudbricks and have a wonderful view over the old city. 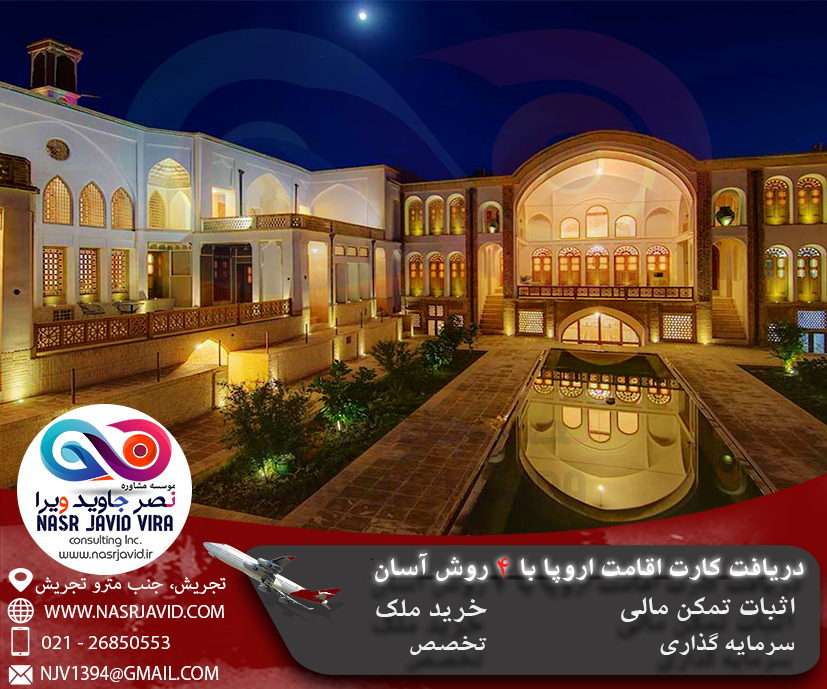 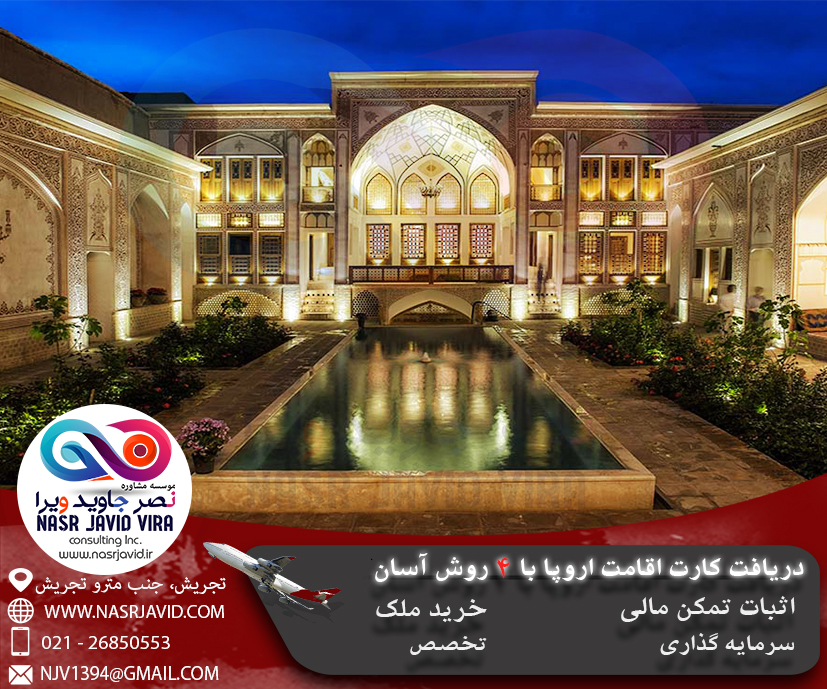